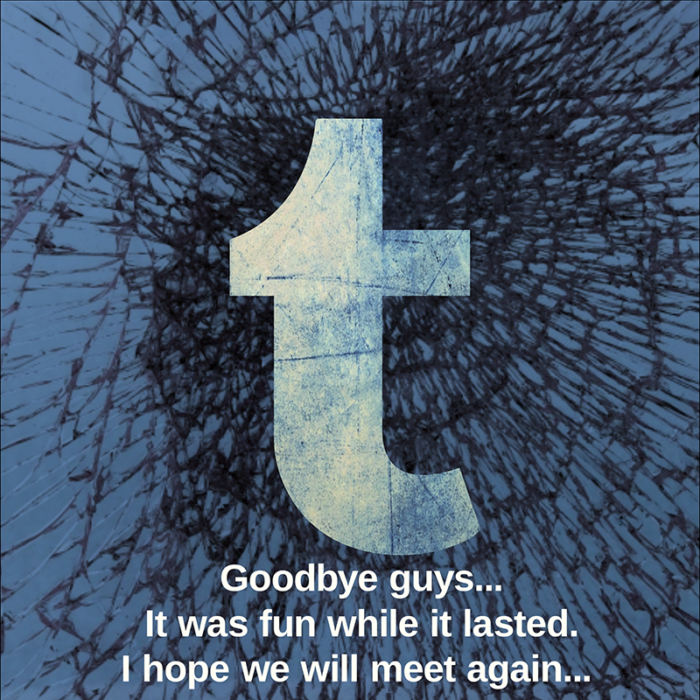 Yes, this is final – yes, I did fight until the bitter end, contacted the support and did everything I could – no, it won’t come back, they deleted it all and no, I won’t create another account there.

I want to use this opportunity to thank everyone who followed me there: THANK YOU VERY MUCH! To all those readers who helped me to let the PBA grow: Without you, the first followers on tumblr, we wouldn’t be where we are now – there wouldn’t be a dedicated PBA website and I wouldn’t write about bimbofication for you! This is the end of an era – at least, for me and the Pink Bimbo Academy. Tumblr was it’s cradle, that’s where it all started, but that’s not where it will end. Because of you guys, I will continue to spread the bimbofication ideology and I will never stop! I may have lost the very origin of the PBA with over 13K followers, but we will not falter! Let this be a warning signal – for free speech, free thoughts, free exchange of ideas, the ideology of femininity and the possibility to criticise ultra-progressive ideologies is under attack! There are social forces at work that are succeeding in suppressing and destroying ideas about femininity, beauty and “traditional gender roles”, like the ones promoted by the PBA – DO NOT LET THEM WIN! Stand your ground! THIS IS WHERE WE FIGHT!

I use this opportunity to refer you guys to all the social media channels the PBA is currently present on:

The PBA on BDSMler (the tumblr alternative)

The PBA on Parler (free speech alternative to twitter)

The PBA on minds (free speech alternative to facebook)

Please follow me whereever you can! As you can see, you never know how long I will be able to use these platforms until they try to silence me, which is why I will continue to expand the communication possibilities of the PBA even further. Over the next few days, I will delete the links to the former PBA-tumblr-channel and replace them with a linktree to all the other social media channels – including even new ones, because, when they kick me from one platform, I will create accounts on two other ones…

Never stop the bimbofication spirit! Stay with me – and thank you very much for your support!