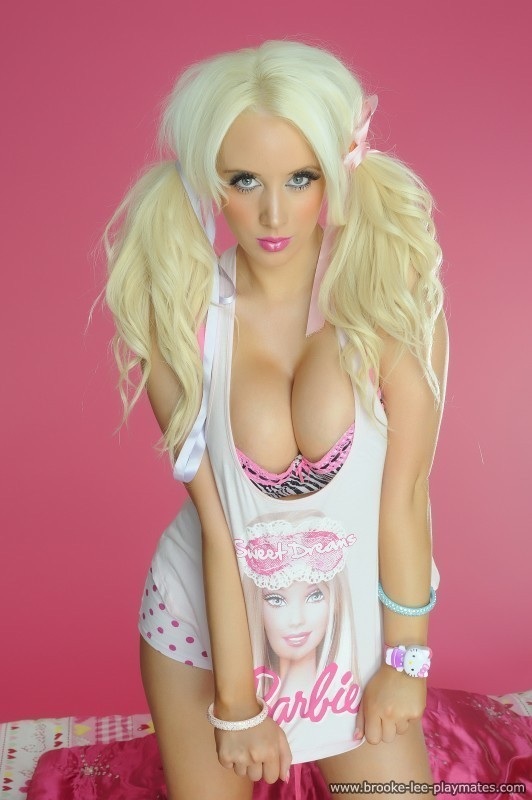 Many of you have seen her, many of you know her, and she has been featured on this blog quite often already, without me mentioning her name. I’ve always been waiting for an opportunity to make a rolemodel post about her, which didn’t feel right while we had our series about the perfect bimbo tits running – but now, as we just recently started the new series about bimbo make up, I feel it is finally time to talk about Lolly Catherine aka Laura Catherine Vinicombe – and there is a lot to say about her!

If you’ve been around in the online bimbo community for a while, most likely you have seen pictures of her already. Her photos are being reblogged and reposted constantly – which is of course, because of her phenomenal style (apart from her being a extremely sexy, sweet and beautiful doll), that is regarded as exemplary and some form of gold standard of bimbo styling. Her outfits and way of presenting herself has become so iconic for the bimbo scene, that it is fairly save to say, that the vast majority of bimbofication focused blogs, sites and communites do contain many of her pictures, always with comments and captations like “THIS is the way to dress/style!”, “bimbofication done right” or “PERFECT bimbo style” without ever mentioning her name. My site is no exception, like I said, this sweet doll was already presented here many times, for example in one of our style checks (hardly a suprise) and I found out, that it is not so easy to get valid information about who she is, even with all the fame she got in the online bimbo community – and there is a reason for that. Quite a while back, I found a very interesting post about this girl on tumblr, finaly revealing some information and the beforementioned reason for all those obscurities:

We all know that fakes, picture-theft, impostors, pretending, roleplaying and faking are a HUGE problem in the online bimbo community and I have absolutely NO sympathy for the scum participating in these matters (get daily messages from these lowlifes…just get lost, idiots). If you have names and sources of the girls you are posting – ALWAYS mention those! If you see fakes and impostors – ALWAYS report them! Usually actions like imposture and picture stealing only damage the bimbo culture in general and the bimbofication community (which is bad enough), but in her special case, the sheer mass of frauds and uncredited photo postings stole the identity of this little princess. Now it is not only very hard to find any valid information about her, it is nearly impossible to get her real social media channels – how unfair is that? Just because this girl does so much right regarding her style and her bimbofication – is this an appropriate reward? You people make me sick… And now try to think of a reason WHY she’s got so many copycats and admirers simultaneously:

Like I already established: Laura is an absolute princess! What a sweet, beautiful, cute and sexy girl! A true bimbodoll! Although she enhanced her natural 32C cup to 32F with 550cc implants, it is absolutely crystal clear and obvious she needs WAY bigger tits – we don’t have to argue about that. It is said, that she was thinking about getting lipfillers also, which are absolutely necessary too. But apart from that? Just look at her: Very long, amazing, blonde hair – very bimbo appropriate, a face so cute, girly and beautiful it would be a crime not to be mentioned, some fairly enhanced tits, a superb, shaped and sexy body, some very nice legs, perfectly tanned skin and a hot ass. But what differentiates her from so many other beautiful angels in the bimbo community? It’s her style! Of course, I could go on, talking about her PERFECT use of bimbo color combinations like pink, white and zebra, her dedication to AMAZING high heels, short and tight dresses, miniskirts, bimbo pigtails, stockings, her fantastic bimbo expression and her love for Barbie as a rolemodel… but I would like to point one thing out: Her makeup. Like I said, I am going bring you some bimbo rolemodels with exceptional make up skills or styles as examples for our ongoing series about bimbo makeup. Laura uses a VERY bimbo suitable style of makeup and does it on a very advanced and high level. The talk is of “the (girly) bimbo babygirl-look” (part 29 of our series) with strong focus on the related “Barbie aesthetics” – VERY bimbo appropriate and highly suggested! We will look at this style in detail within our series about bimbo makeup in the near future – but keep Lolly in mind as a very good example of how this should look: A strong tan in combination with platinum blonde hair, VERY strong make up, a complete skin coverage (no pores!) with an evenly applied complexion, very long, fake eyelashes, dark and very pronounced eyeliner, blusher and bright, glossy, pink lipstick. Her makeup style in combination with her very matching way of dressing ensures the proper, bimbo suitable, girly, sweet and sexy Barbie-look. THIS is how it is done girls! She is an extraordinarily outstanding guiding light for you regarding how to dress, style and how to apply makeup. THIS is the bimbo style!

What else is there left to say…

“Laura was previously on Elite TV and Playboy TV also RCL as a TV presenter, Her name was known as Lolly Catherine on the babe stations shows. Laura has also appeared in Nuts and Zoo and brooke lee playmates, also under the name Lolly Catherine. Laura is now (/was then – annotation by PBA) a Cam Girl known as Catherine Jenson and is on MFC and works for playboy.” – lauravinicombe-blog.tumblr.com

You already know that I try to give you all the links to the social media channels of the girls I’m talking about and links to the sources – but for the reasons mentioned above, this is very difficult this time! Please take these links with a grain of salt, and let me know if I accidentally linked a fake profile or if you have more/other sources!