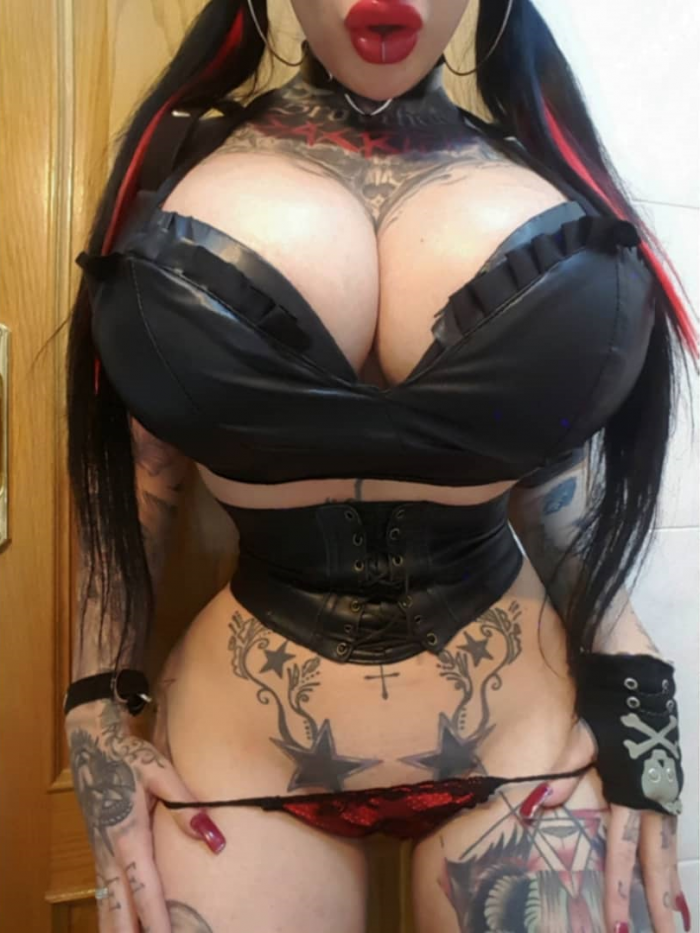 You guys will remember, that I posted examples of nearly perfect bimbo dolls during the last two months of 2019: Kristhin Gomez, Paulina J. Candy, Adriana Alencar (for the cosplay bimbos) and Haley Layne – PERFECT bimbo rolemodels, the epitome of femininity, prime examples of how girls should be and of how a true bimbo doll has to look like! I posted these girls, because I tried to establish a general definition of hyper-femininity and true bimbofication over these months – following the PBA definitions of bimbos and bimbofication. If you read these articles, you might remember, I also talked about presenting you a true “gimbo rolemodel” in the near future. Well, the time has come. Long-time-readers do know my struggles with the whole gimbo-concept (although I might be one of the first who introduced the bimbofication community to this) – because in theory, there shouldn’t be any problems, but in reality, “true gimbo dolls” are nowhere to be found! I lamented about this multiple times, but it still stands as a fact, that the overwhelming majority of goth girls (more like: ALL of them) is not willing and/or able to give in to the benefits and wonders of bimbofication, so it is no surprise, that I never came up with something like “a true gimbo doll” I could introduce to you. The girl that came closest so far, was Sambalina Roselli, a goth-Barbie-doll with MANY features a real gimbo has to have (overall feminine beauty and style, blond hair, enhanced tits, enhanced lips, massive amounts of makeup, high heels, short skirts and dresses, an amazing body, etc.) – although she lacks some of the properties I would expect from a true “goth-bimbo” (far bigger tits, more artificial enhancements, “sluttier style”, etc.)! Nevertheless, I don’t regret my decision, stating that she was the most sophisticated “gimbo” up to that point, but today we are going to talk about another goth doll claiming the throne of the first “true gimbo”: Lurcifera – the sexy, feminine, beautiful, enhanced gothic bimbo I was always talking about!

To tell you right away, no – she isn’t perfect (if we are thinking about the “perfect gimbo“), but damn, she comes close! I would go so far to state, that if one would combine all positive properties of Lurcifera and the beforementioned Sambalina (and add up the volume of their tits and lips), one would get indeed – THE perfect gimbo-doll! So what does she have, what all other goth girls are lacking? It’s kinda obvious isn’t it? Lurcifera has a beautiful, noble, feminine face (and she did remove her eyebrows – like EVERY good bimbo AND gimbo should do!!!) always covered in a massive amount of beautiful, perfectly done make up – this is how it should be all the time! Her enhanced, big lips are exactly the right way to go for a true gimbo, always with some eyecatching lipstick or lipgloss on them, something that guarantees even more attention! One of the most important factors, and simultaneously the factor most goth girls seem to have the biggest problems with, are her huge, enhanced, massive fake tits! Could those be bigger? Well of course – they should be! But look at about what we are talking here! Lurcifera easily lets all other goth girls bite the dust behind her with these FANTASTIC boobs! She is indeed touching the general rule for bimbos and the minimum size of breasts – something I could NEVER assert before when I was talking about a goth girl, and so she remains absolutely untouched speaking of this very important aspect! THIS is the neckline gothgirls should have! THIS is the way to go girls! This pristine pair of amazing tits gets accompanied by a nearly flawless bodyshape: Yes, look at this hip to waist ratio! A small waist (that could always be supported by a sexy corset, like goth girls do) and some nice, well shaped hips, creating that urgently needed hourglass figure. Some long, beautiful legs and a well shaped booty complete the picture. But what about her style? Well, that is hard to say, because most of the times, we see her in lingerie or underwear (which isn’t the worst), but it is safe to say, that she likes to wear stiletto high heels (like EVERY goth girl should!) and that she likes to show off her amazing body. I would really like to see this doll dressed up in a sexy, feminine goth-outfit, completely with pristine stockings, high heeled boots, a corset, a short skirt, etc… However – Lurcifera manages to combine aspects of the bimbo culture with her goth-styling (she actually states in her Instagram bio to be a “bimbo and sex-Metal-Barbie”), which is EXACTLY what a true gimbo doll should do! Big hoop earrings, cute, girly chokers, pink fashion-pieces and so on. But why isn’t she perfect then? Well, apart from the basic problem every bimbo has when we come to “perfection”, there are indeed some things I would critizise carefully: Yes, I said it before, but I would love to see her with even bigger tits and bigger lips. That was easy – what else? Well, although she has beautiful long, black hair, I would prefer to see her as a blonde, not because gimbos can’t have dark hair, but because it would let her stand out even more, and make an additional statement (this is actually one of the features I would add from Sambalina!). Next thing won’t be a big surprise for my long-time-readers: I don’t like tattoos. I think these distracting drawings do ruin the pristine skin and flawless appearance of a girl, no matter if we are talking about a bimbo or a gimbo. Same goes for piercings – another thing I would change regarding this goddess. But that’s pretty much it! This doll is indeed a perfect rolemodel for all goth girls out there, THIS is what I would like to see in a goth club! This is how ALL goth girls should look like and Lurcifera is the living proof of the practical existence of the theoretical concept of “gimbos” I propagated for YEARS! So yes, gimbos DO exist, now we just have to hope that this look catches on and many girls in the dark subculture follow it. I am quite happy to have finally found the hypothetical goth-bimbo I was always talking about, a rolemodel I can point at when I’m asked about how goth girls should be. THIS is your rolemodel! THIS is the superior goth girl!

Support me on Patreon! Thank you very much!