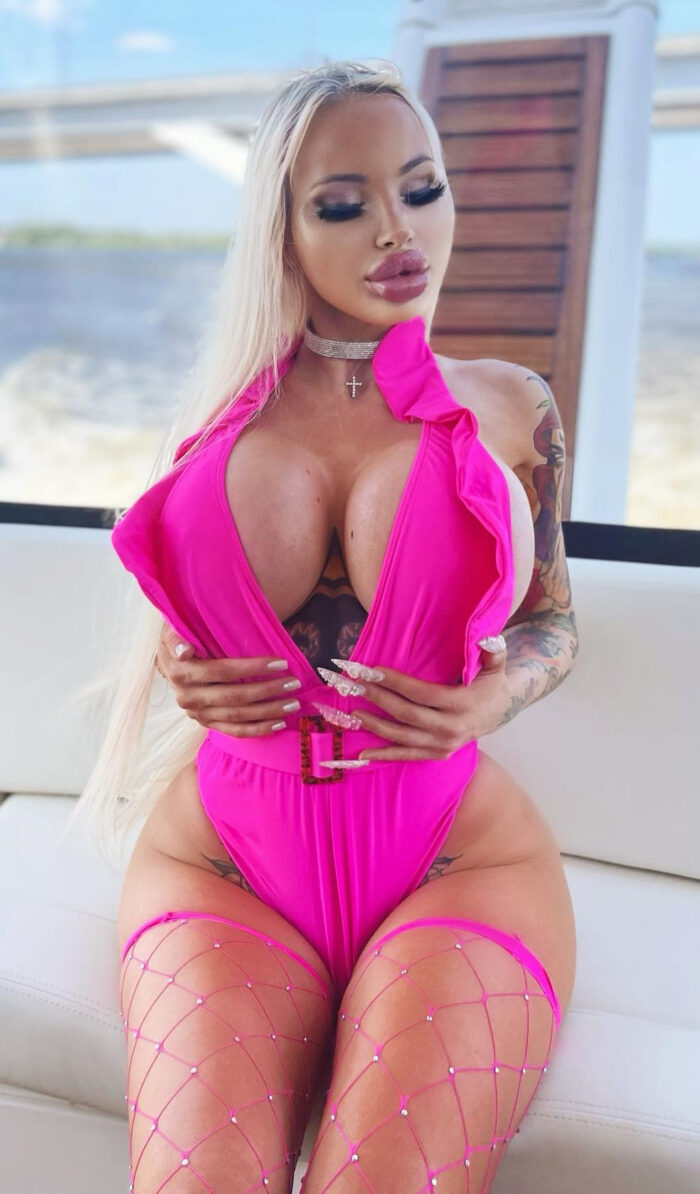 Well, you know, there is this list I have – basically a timetable connected to my extensive bimbo database, determining the order about which bimbos I am going to write the next bimbo rolemodel articles. Sometimes, the order is determined by a special subject I am currently writing about, so I can showcase you an outstanding example of what I was talking about in another article (For example, when I posted the article about “the perfect bimbo lips” in regards to make up – I posted a rolemodel article about Joyce), but usually I try to maintain a good mix of rolemodels doing something exceptionally well, following the idea of presenting a balanced selection, which means, that there is a predetermined queue of literally hundreds of beautfiful bimbo babes I am processing – one after the other. But, as some of you already know, sometimes – every now and than, there appears an absolute outstanding, queue-crushing, celestial bimbo beauty, close to bimbo perfection, I just HAVE to write about ASAP, so that my preset rolemodel schedule gets COMPLETELY trashed. Readers of the PBA know that this happened pretty often recently, looking at the unscheduled rolemodel articles about surprise-bimbo-goddesses Andrea Christine, Skyler Nicole (who just got her 2000cc implants at that time) and Haley Layne. Welp, it happened again, which is why I am presenting you another “bimbo-goddess-that-came-out-of-nowhere”: Russianbombatut, or how she is now called on IG: Instabarbie.

(Ah yes, and the next “unscheduled” rolemodel is also already picked -_-)

Have a look at her link tree!

The PBA on minds

The PBA on Patreon